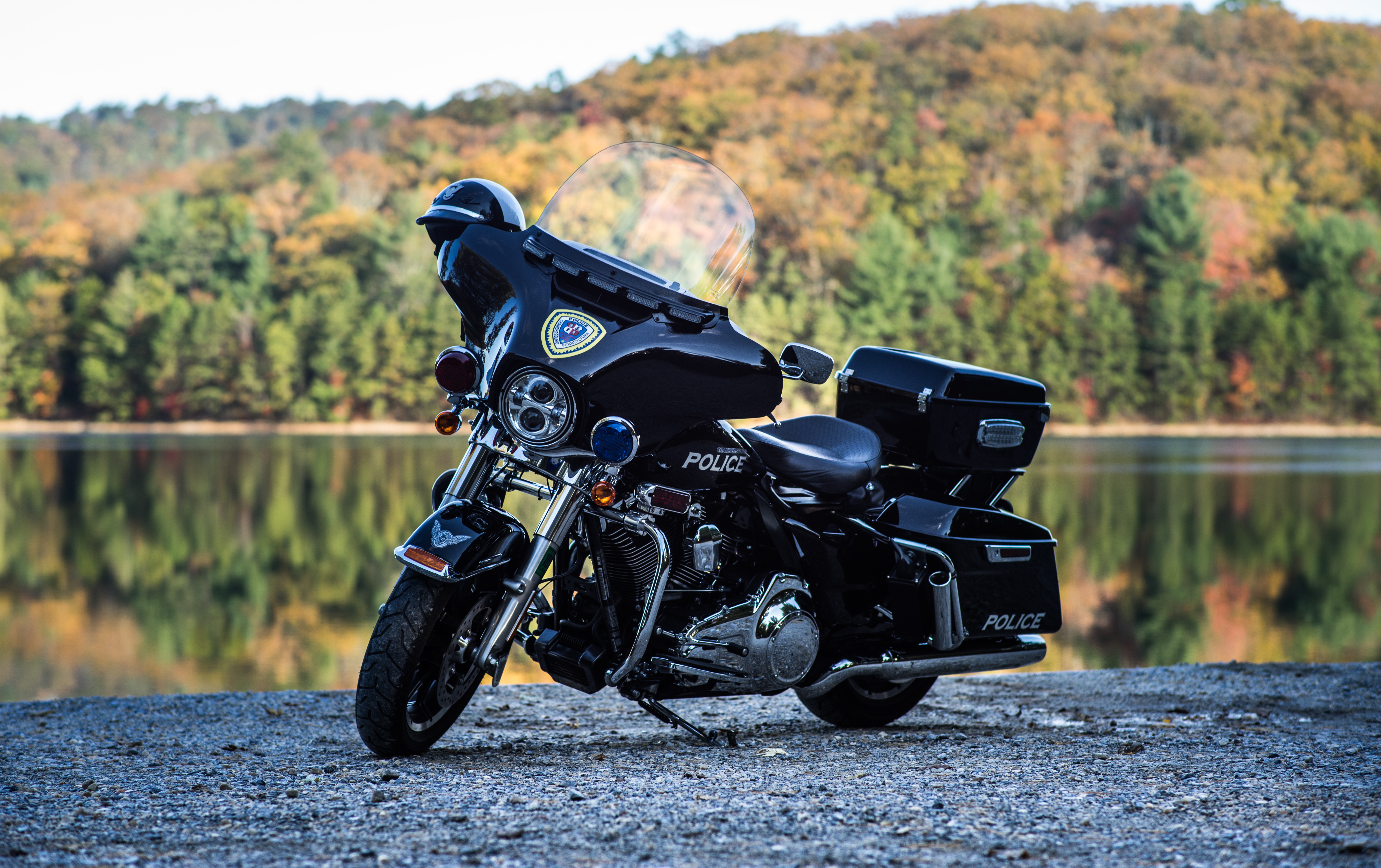 The motorcycle unit made it's way back to the department in 1994 and has been utilized by the department since. At the time, two officers shared one motorcycle. As the borough has grown, the need for traffic enforcement and increased police mobility has also grown.

In 2001, a second motorcycle was added to the unit. Today, two Harley Davidson FLHTP Police motorcycles are the motorcycles of choice for the traffic unit. Two officers are assigned and share a motorcycle. In an emergency, the motorcycle is quick to respond to areas in which heavy traffic may delay the response of other police units. When traffic enforcement is needed, the motorcycles discreetness and mobility make it an extremely effective tool.

The Motorcycle Traffic Unit's primary duties include traffic enforcement and accident investigation. However, they are part of the patrol division they also handle police incidents along with the other officers on the shift. Additionally, each officer is responsible for the cleaning and daily maintenance of his unit.

Each officer of the Unit must successfully compete a two-week Basic Motorcycle Operator course. They are then required to conduct training one-day a month in order to maintain the skill and proficiency required to be part of the Motorcycle Unit.

The motorcycle unit is popular with the many children who visit & tour the department. The officers in the motorcycle unit also conduct various displays at various functions. It's common to see their unit leading a parade or two as well.