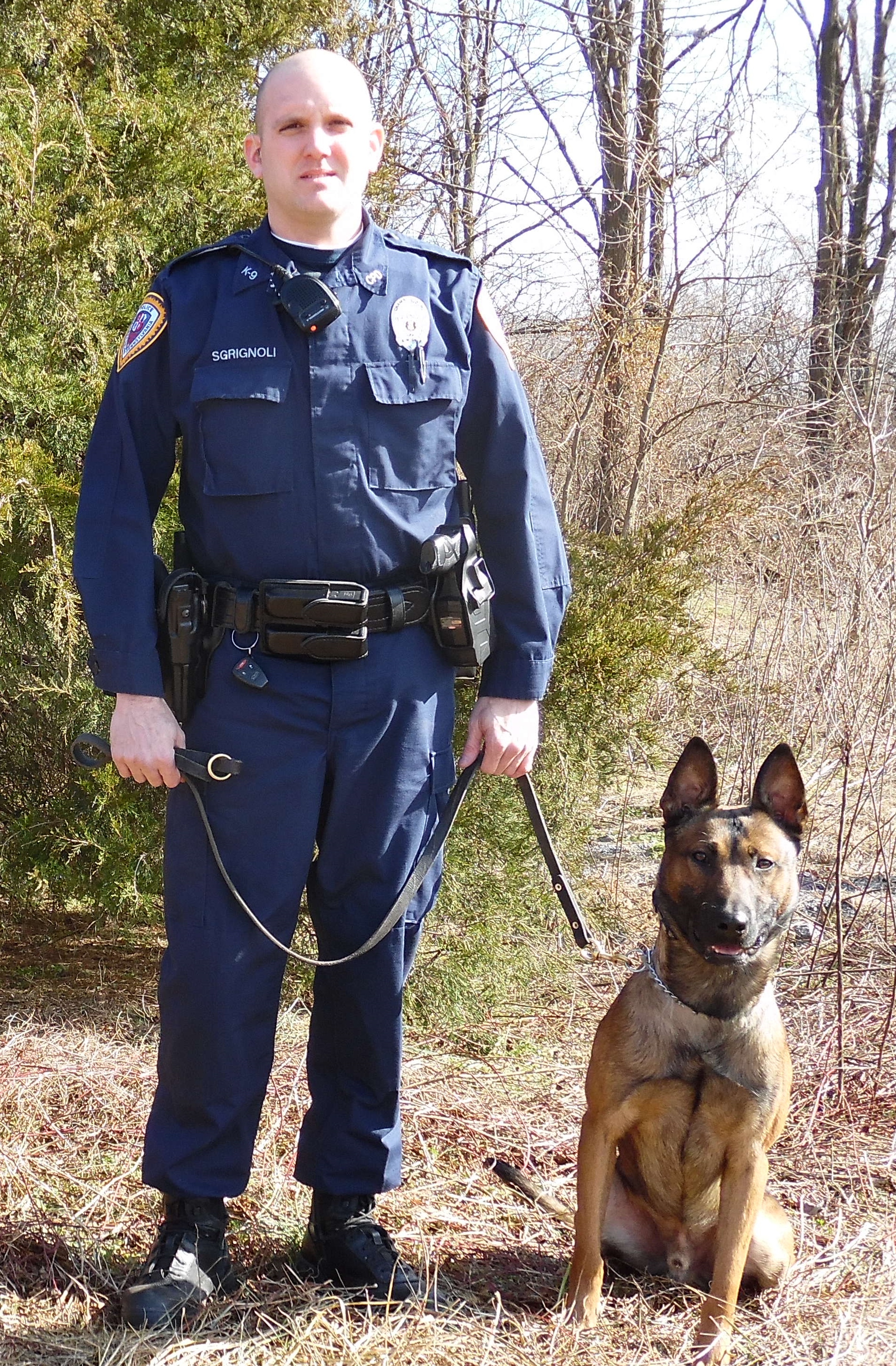 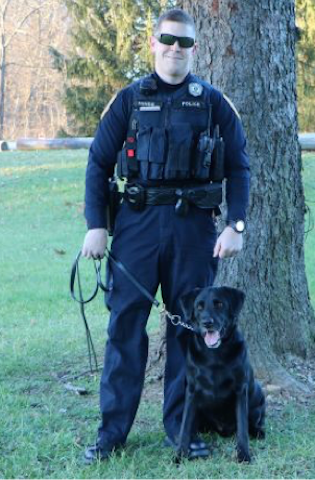 The Chambersburg Police Department currently has one active duty K9 team. Each team consists of the K9 and a handler.  The current active duty teams are Ptlm Sgrignoli/K9Basco and Ptlm. Hinds/ K9 Mattis.

Beginning in 1994, Ptlm. Dana Kauffman began to research the benefits to the Chambersburg Police Department and the community, with having a trained police service dog. In 1995, then Chief Michael DeFrank and Chambersburg Borough officials approved the concept and the services that a trained police K9 team could provide the department and community. In that same year, the Chambersburg Police Department purchased its first German Shepherd Police Dog with a generous donation from the Chambersburg Exchange Club. Ptlm Kauffman and K9 Allen immediately proved to be a valuable asset to our community and the safety of our officers.

In the years following, the K9 unit grew and by 1998 the police department fielded three K9 teams with additional generous donations from the Chambersburg VFW and the Franklin County District Attorney's office. As the K9's aged and retired, they were replaced with additional donations from the VFW, the Green Township Lions Club, the Chambersburg Masonic Lodge, the Landis McCleaf Marine Corps League, and the BPO Elks Lodge 600. The K9 unit would also like to recognize and thank the Chambersburg Animal Hospital, The Pet Store, and Goldenwood Kennels. They have provided free care, food and boarding to our K9's. In 2012 the K9 Unit was downsized, from three teams down to two teams.

Police K9 teams are trained to perform a variety of duties. All Chambersburg Police Service Dogs have been trained to locate the presence of illegal drugs using their superior sense of smell. They have all been cross-trained to perform patrol duties as well. They include building searches, area searches, tracking, article searches and protection.

All our K9 teams were trained by A.W. "Bill" Castle III and his staff at Castle K-9, Inc., located in Mechanicsburg, PA. Castle is a Master Trainer with the North American Police Work Dog Association (NAPWDA) and the Pennsylvania Police Work Dog Association. All teams certify annually through NAPWDA in the categories of Police Utility and Narcotics Detection. The unit maintains training on a monthly basis with NAPWDA Master Trainers, employed by Castle K-9, Inc. The training takes place at various locations here in Chambersburg and around Franklin County.

The Chambersburg P.D. K9 Unit has also been called to assist neighboring police departments, the Franklin County Prison, the Pennsylvania State Police and other state and federal agencies. Since its inception in 1995 Chambersburg Police K9 teams have been instrumental in many investigations, drug seizures and arrests in our community. Additionally, the K9 teams have conducted numerous speeches and demonstrations for area schools, businesses and organizations.

The K9 Unit is currently under the supervision of Lt. R.E. Morrissette. 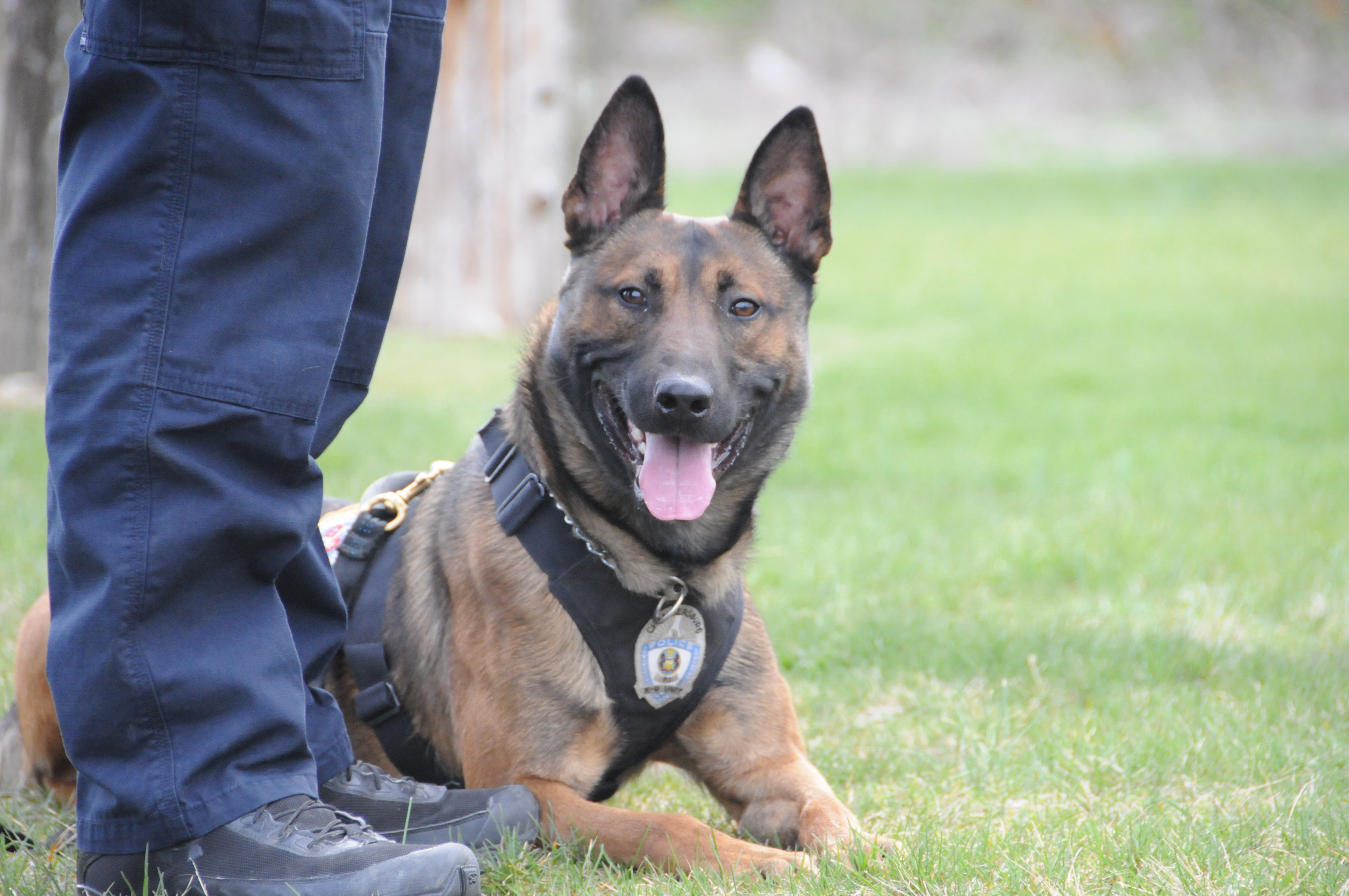 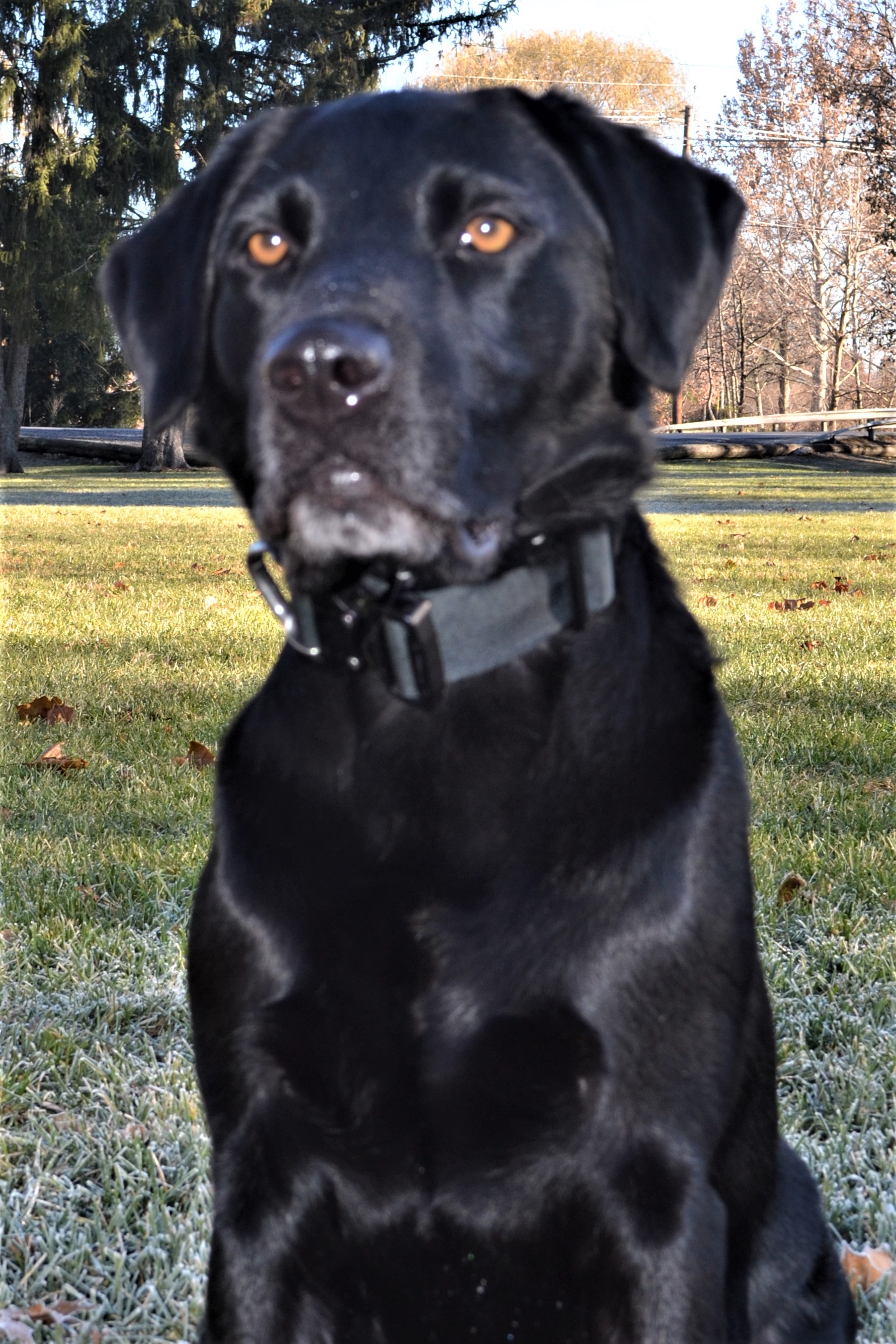 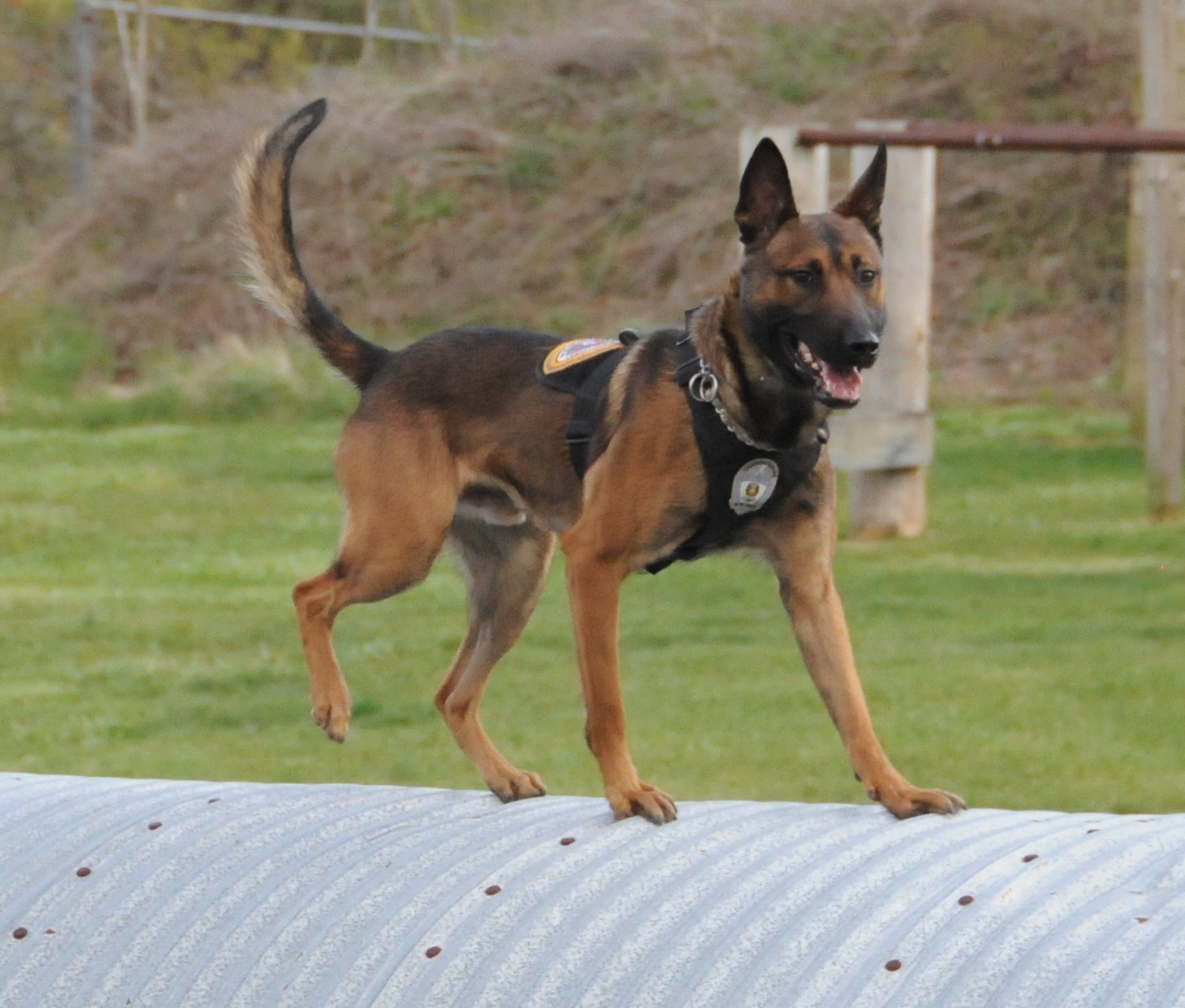